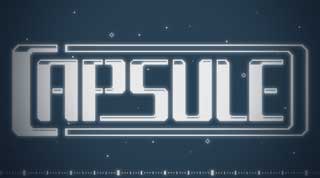 It's very cold. You feel the heat emanate into the vacuum outside. It's getting hard to breathe. Your capsule's rumbles louden as you step on the gas and see two dots on the terminal in front of you, one just in front of you, and one off to the side. The battery's starting to run a bit low, but at least you've got some time before the oxygen's gone. You slow the capsule down to save on energy and scan it, hoping to see an air tank. The two dots are detected, and the closer one is a pocket of air. It'll have to do. Slowly, your ship hits it, and it's easier to breathe. You take a deep gasp of air and cough out the nothingness from your lungs. You still have a long way to go, but at least you won't die any time soon.

The second dot gets identified. It's a drone. It locks on you and starts to chase. You hit the gas, hoping you can outrun it, but it crashes into you. The power goes out. Fuck. What am I going to do? You never had any training, nobody ever told you how your capsule worked. You just saw that you could rotate it, change the speed and probe. Is that really it? No, wait, you figure out an option. You prime the ship and try to get the power running again. The engine sputters violently, but nothing happens. You try again. Nothing. The air's running low. No. Try again. It failed. Everything's going dark. TRY AGAIN. It's not working. Smash at controls. They beep, do nothing. No more air. You die. Cold. Alone. Acceptance.

This is a fact you're going to have to get used to when you play Capsule. Adam Saltsman's game is a depressing affair, where you know you're going to die, you just don't know how long until you do. The game presents itself as the simplest terminal. It's cold, it's blue, the image bleeds a bit, a scanline periodically goes down the screen, distorting everything along its path like it's an old VHS tape. You hear the hum of your ship, the drone of the space behind your walls, the terminal beeping when it scans the void around you. Your character breathing, oxygen escaping your capsule. Numbers broadcast out to nowhere by a broken transmitter from a ship time has lost and forgot. Everything is predictable, but it's the experience that gets you.

HERE I FIND ANSWERS TO QUESTIONS I NEVER ASKED

You are a single plus sign, stuck in the middle of the screen. To your right is a bar telling you how fast you're going. At the bottom is a compass, telling you which direction you're going, lest you get lost. Two numbers tell you where you're meant to go and how fast. Nothing prevents you from going the other direction. And at the very top are two bars, oxygen and power. While you would think that running out of oxygen is bad, which it is, running out of power is worse. For when you're out of power, your capsule stalls to a gentle stop. You can't do anything but sit there helplessly, trying to get your ship working again. Watching as how you run out of air. Hearing the pained breathing. You can't avoid death at this point, you have to accept it. You're going to die and you know how. Could you have avoided this? Could you have done anything to prevent it? What are you going to do now? You've lapsed in judgment, and this is your reward. A slow demise.

Think back to a minute ago, when you scanned the area a bit ago. You saw a bunch of items spread together, but you could have guessed that it was nothing but crates and additional pylons. Why did you waste the fuel you had to discover them? Was it worth it? How about thirty seconds ago, when that drone crashed into you? You could have sped up a little, but you didn't. You would have lost a bit more fuel than you'd have liked, but it collided and took a bunch of power with it. You could have just gone a bit off course instead, looked for a bunch of ion pockets near an ion vortex, which could have restored some of your power, and let you survive that hit. But you've messed up, and all you can hear is your breath fading away.

THE ONLY THING THAT COULD KEEP ME ALIVE

Were you even close to your destination this time? Do you even know where you are? Where you're going? What you're doing? The plot is never made exactly clear, all I understood is that I'm... someone piloting the worst capsule known to man, trying to follow steps of a distress call from a research base, where the employees ran off to try and not die. Something happened, something bad, and I still have no idea. Do I even want to know? Not really. Many of those researchers died, that's how far I got. All that matters, is that I can get from point A to point B, where there is enough air and fuel to save me. It might be 2000 m away, it might be 6000. I learn what happened, but as I walk away from the station, filled with enough air to get me a fifth of the way to the next stop, I end up with more questions than answers. It's a long journey, filled with dots on my screen that are either my lifeline or my death, and suffering when you realize it's neither.

It's hauntingly beautiful as a whole, and a minimalistic experience done properly. It's a game that I never knew I wanted until I had it. And I cannot stress how much good sound design makes this game enjoyable. Watch the official trailer. Then mute it. Does it feel the same? It doesn't envoy that feeling of claustrophobia, the helplessness, the fear. The game looks filthy, but it sounds worse. These are the sounds you don't hear from space. The sound of people dying a slow and painful death. The sound is what makes the environment seem real, you sitting at a screen, watching as how you look at dots and hope they end up being your savior. Your room is the capsule, your computer is the controller, and the monitor is all you have to go on.

This is the last thing you will find.

As of now, there are 4 dead cosmonauts and 14 dead astronauts spread over 4 incidents. One of those incidents happened in space during the Soyuz-11 mission, where decompression quickly killed the 3 Soviets, where they tried to minimize the effect by blocking the leak. They blocked the wrong valve, and when the lead cosmonaut realized his fault, it was too late. They were dead within seconds. That is the closest event to this game, but this time, you can't fix the leak. Your best option was to try and find a resource, but you couldn't. Now you're running out of air, before passing out and becoming a piece of debris lost in space, like the rest of the researchers.

You're going to die. Nobody will hear you cry.